Fun at our home inspection

Yes, you read that right. 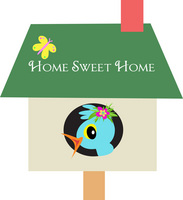 After all the drama that was our 18 month long wait for our house to sell  in Pittsburgh, PA, and after losing our financial shorts in a major way, I am thrilled to report that we’ve BOUGHT a HOUSE in the Haile Plantation neighborhood of Gainesville, Florida! And best of all, since we live in Gainesville, Florida, we’ll be able to live in the house that we’ve bought!   Much more gratifying than owning a house, and paying for a house, in a town where we don’t live.

Being the vigilant realtor that I am, I immediately set up a home inspection with home inspectors McGarry and Madsen who were on top of the playground inspection requirements as we want to take extra care for our children, which is why we had to move to a different house this past August….just a rental….where our hope was we’d be able to buy this SECOND home — that we are living in as a straight rental — once our home sold in Pgh but after losing our shorts on THAT deal that’s just not possible if we want to put our kids thru college as well…soooooo…..here we go again!)….these guys were awesome home inspectors with the first house, and their inspection was SO thorough, that they have definitely made us raving fans for life!

So last week home inspectors Richard McGarry and Greg Madsen came over to do the home inspection.

I told them I wanted to boost my google juice by making short Flip videos of them to post on YouTube.  They backed away a couple of steps because I think they thought I was threatening them in another language.

After I explained what I meant, they were down with the idea …. well, home inspector Greg Madsen was, anyway.  He’s shy like me.  Home inspector Richard McGarry, on the other hand, had to be coaxed…..which I did in my most professional manner by telling him not to be a wuss.

So he opted not to be a wuss, which is when I got this footage of him talking about radon and what to do about it.  Based upon this interview with Richard McGarry, I was also able to write a blog post about what radon is, why should anyone care, and what can be done about it.

Then I got to follow Greg Madsen around the house as he checked for water intrusion, leaking ductwork, and missing insulation with his handy-dandy thermal imaging dealio, which was so cool it looked like something right out of Star Trek.

Here’s home inspector Greg Madsen talking about why he uses his thermal imaging whatchamacallit during home inspections, and how it helps the homeowner (WARNING: I’m still trying to figure out how to edit my videos) (OH, and that house you see in the video? It’s OURS, or will be soon!):